A weak battery can affect the car’s performance and acceleration but the reason is not what you think. Normally, the battery power is only used to crank the starter which then turns and starts the car’s engine.

This is not the case for some modern computerized cars, other accessories such as a car’s computer also feed on the battery to function. So the use of the battery is no longer limited to cranking the engine but also supplying power to the computer which controls functions such as the TCM, PCM, etc.

The answer is No, a weak battery cannot cause slow acceleration directly in petrol-powered cars. The answer will be Yes for an electric-powered vehicle since it runs solely on the power supplied by the battery.

In most older cars, the battery does not have much impact on the general car performance such as Acceleration, gear shifting, etc. As for modern cars, the case is different as all parts of the car function together by communicating with the car’s computer.

Every part is in constant interaction with others and continues reporting to the car’s main computer for regulations. For example, the battery depends on the alternator to remain charged, the starter relies on the battery for power to turn and start the engine e.t.c.

Can a Bad Alternator Cause Slow Acceleration

Definitely yes, a bad Alternator can cause slow acceleration and poor engine performance. This is due to the alternator being unable to provide enough power to the engine.

The following are three possible causes of a bad alternator:

The alternator is not producing enough power. This can be caused by a broken wire or an internal failure. If you have access to your car’s wiring, you could simply replace the wire and fix this problem yourself. Alternatively, you could take your car in for repairs and have it fixed professionally. 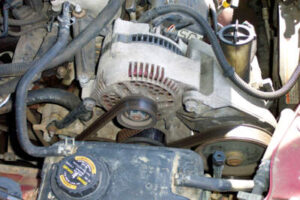 The battery is not holding a charge well or it has been drained too much from running the engine on low voltage settings while driving slowly. In order to fix this issue, you will need to charge your battery with a charger or get it replaced with a new one if it is still under warranty.

The alternator belt could be loose or broken. To fix this issue, take your car in for repairs and have it fixed professionally.

There might be a bad ground connection on the electrical system which would cause an issue with the alternator circuit and therefore not producing enough power as well as causing other electrical issues such as this.

What Causes Sluggish Acceleration in a Car?

Car acceleration is a very important factor in driving. It is the force that allows the car to move forward at a constant speed. The acceleration can be affected by many factors such as the engine, transmission, and vehicle weight.

The cause of sluggish acceleration in cars can be attributed to many factors such as:

What Can a Weak Car Battery Cause?

A weak battery can cause a lot of problems in your car. It can affect your safety, security, and comfort while driving. A car battery is not something that you should take for granted because it is an essential part of the car that provides power to all the electronic devices in your vehicle.

The battery also provides power to the starter motor which turns over the engine when you turn on the ignition key. If there is no power in the engine then it won’t start up and you will have to call for help or tow someone else’s vehicle to get where you need to go.

Yes, a weak car battery can the ECM’s performance to be affected slightly as it might not be able to communicate effectively with the PCM. The effect of a weak car battery can be felt not just in the ECM but all over the car including the accessories such as AC, sound system, and headlights, and even cause difficulties in starting the car.

Can a Bad Battery Affect Transmission?

A bad battery can affect transmission. This is why it is important to know when your car needs a new battery.

The most common signs that your car’s transmission may need servicing are if you notice that your vehicle isn’t accelerating as fast as it should be or if you experience stalling while driving up hills or during high-speed driving.

How Does a Car Act when the Battery is Going Bad?

When a battery is going bad, it can be difficult to know how it will react. This is because there are many different factors that can affect the car’s performance and behavior.

The car’s behavior depends on the level of voltage, temperature, and the amount of charge left in the battery. The car might act differently if it has a low voltage or high temperature. 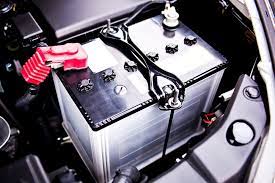 When the battery is too low to provide enough power, the engine might start slowing down or stop altogether. If this happens, you should switch off your headlights and turn on your hazard lights to warn other drivers of your situation.

How Can You Tell if Car Battery Needs Replacing?

The car’s battery is responsible for running the engine and providing power to all the electrical systems in the car. If your car battery is not performing well, it could be time to replace it.

There are many signs that indicate that your car battery needs replacing. Some of these signs are:

Can Bad Battery Cause Limp Mode?

Yes, a bad battery can cause Limp mode. The limp mode can also occur when there are too many electrical loads on the battery pack, such as high-intensity lights or accessories such as heated seats.

Limp mode is a condition where the car’s battery pack cannot output enough power to properly run the engine. It can be caused by a number of factors, but it is most commonly caused by bad battery cable connections or cables that have been repeatedly disconnected from their terminals.

A bad battery can cause slow acceleration. The most common causes are a loose connection, clogged fuel filter, or a defective alternator.

If you have questions or need more explanation on the question “can a bad battery cause slow acceleration“ please ask using the comments section. If you find this article useful please share it.