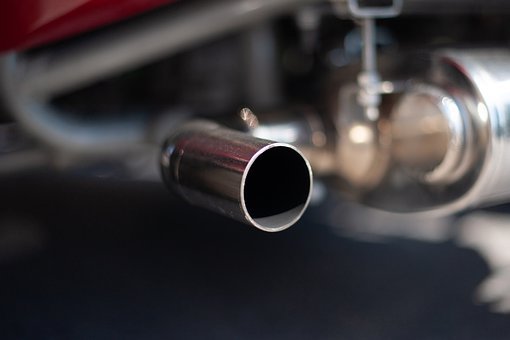 The difference between muffler and exhaust simply is that the muffler is a part of the exhaust system and it is located at the exhaust pipe tail. The silencer also called the muffler does the job of the keeping the engine noise down.

It also makes it possible for the engine to take in the right amount of oxygen needed to burn fuel and produce power. The exhaust controls fuel management through oxygen intake measured by the sensor allowed by the muffler.

Function of Exhaust/Importance of the Exhaust

Pips are the major components of the exhaust system it self in the car. These pips does the job of guiding harmful gases produced in the combustion chamber.

Read Also:- What Problems Can an Exhaust Leak Cause?

Simple explanation of how the exhaust works is that exhaust manifold collects the gas and directs it to the piping and finally release the environmentally-friendly exhaust gas into the muffler. Below is a better step by step explanation of how it works

Function of Muffler/Importance of the Muffler

The muffler on the other hand, does the job of transmitting the exhaust gas outside the vehicle. It also suppress the engine noise thereby allow the engine to run while producing lesser sound.

The sound effect of the muffler varies from car to car depending on the model and specific design made for it. So this means that a muffler design made for a Dutch Durango might not work for a Mercedes Class.

Read Also:- Muffler Fell Off Can i Still Drive 3 Consequences

The silencer suppresses the noise through chambers, partitions and tubes. The muffler can act as a cushion to absorb the noise or chamber to reduce high-pitched frequencies. Finally, the gases are released into the atmosphere through the tail pipe.

The Components of the Exhaust System

The exhaust manifold collects the exhaust from each cylinder and combines it into one pipe. This is more like a junction in which the exhaust pips from the rear part of the engine meet then lead to the exit.

The muffler quiets the exhaust as it escapes your vehicle. It’s very easy to spot a car with a faulty muffler – you’ll hear it coming from a mile away!

Exhaust Pipe: The exhaust pipe connects all the parts listed above and carries the gases along their journey through the exhaust system.

Which is better straight pipe or muffler?

This depends on personal interest and motive behind the exhaust modification. For a drag racer, it is obvious that car’s weight is a very important factor.

If you are trying to avoid too much weight then the straight pipe is the best choice for a better performance. A straight pipe provides a better fuel economy.