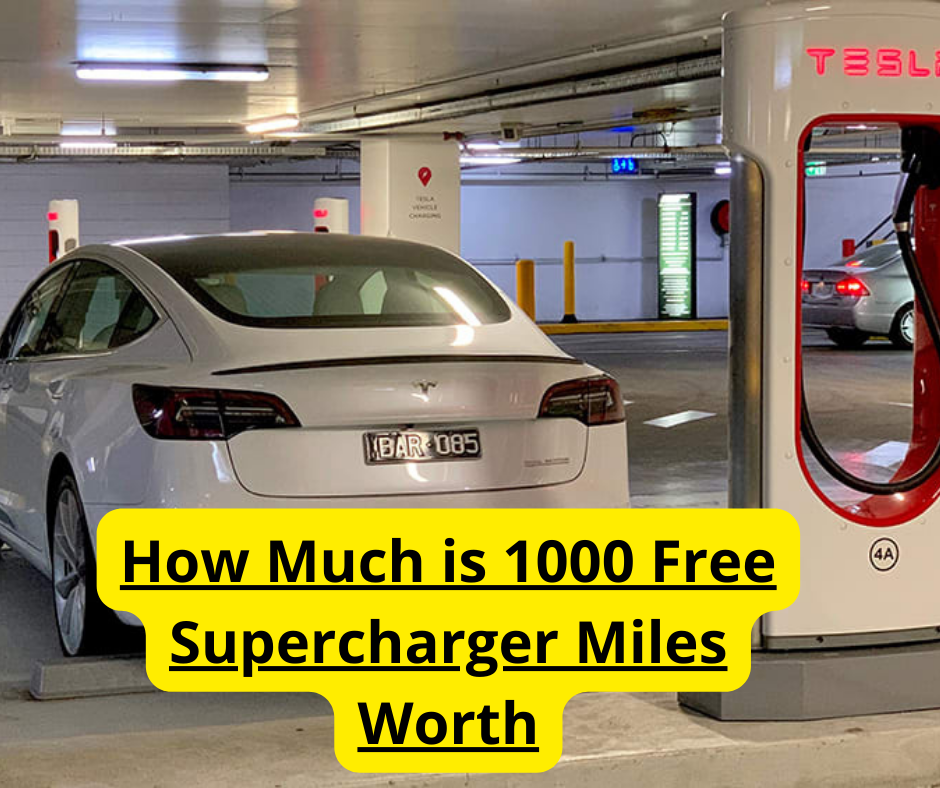 These supercharger miles can be used at any time and can be shared with family members or friends who also own a Tesla vehicle. The benefits of this program are clear: it encourages people to buy electric cars, and it provides an incentive for people who already own electric cars, however, one question that has been asked by many users is “how much is 1000 free supercharger miles worth“

How Much is 1000 Free Supercharger Miles Worth

Tesla 1000 free supercharge miles is worth the equivalent of $38.50 if you were to pay in a charging station. However, this price is not fixed and can be a little bit high or low sometimes, the most expensive supercharging station charges around $87.

If someone uses your referral link when ordering a new Tesla vehicle, you get “1000 miles” of free supercharging when the vehicle is delivered to them. Free Supercharging miles can be used by any vehicle on the same account and will expire 6 months after the miles are added.

How to Get Free Supercharger Miles on My Tesla

Earning 1,000 miles of free Supercharging is no longer possible, according to the Tesla website. If you have decided which model you are getting, it is important to place your order using a valid Tesla referral code available under the Tesla Referral Program.

As of 18 Sep 2021, Tesla stopped the Rewards program on all of their cars. Now, only Solar Roof and Solar Panels are eligible for the Referral Program. The same invite code can also be used to get $100 of credit if you are purchasing Tesla Solar in a country where Tesla is accepting orders.

How to lock Tesla Model Y with Key Card

How to Lock Tesla Model X with Key Card

How to See Mileage on Tesla

How to Lock Tesla Model 3 With Key Card

1000 miles Free Supercharging miles can be used by any vehicle on the same account and will expire 6 months after the miles are added. The 1000 miles of free supercharging will be exhausted depending on how you’re using it but you have to use it before the expiration 6months period.

When Will Tesla Referral Program End

Tesla has officially ended its Referral Program, which provides owners with Supercharging miles and the opportunity to earn other rewards. However, Tesla has ended the referral program as of September 18, 2021, which is even barely a year now.

On the company’s website, Tesla said: “As of September 18, 2021, vehicle products, and solar panels are no longer eligible for Referral awards.”The only product that will now help owners gain rewards is the Solar Roof, which will provide the referer with $500 of credit.

Although Tesla owners who still have Supercharging miles will be able to use them conveniently without any interruption. Unfortunately,  for them due to the termination of the referrals program, no more miles will be earned through referrals.

Can You Buy Unlimited Supercharging?

The Tesla Supercharger Network exists as a combined network of proprietary charging stations developed and implemented by Tesla. As a result, the automaker does not have to rely on third-party charging networks like most automakers producing electric vehicles currently do.

There is a serious controversy on this question while Tesla seems to be pivoting its referral mileage referral program, there are still plenty of Teslas out there that have been grandfathered into free unlimited supercharging.

How Much Does Supercharging Cost?

The true cost of charging a Tesla depends on several variables like the location, the cost of charging your Tesla varies between Supercharging stations, but generally, you can expect it to cost about $25 to completely charge your battery from 0% to 100% using a Supercharger. 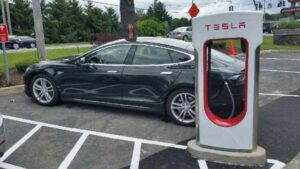 Most Superchargers use per-kWh billing, meaning you will be billed for each kWh of electricity used to charge your battery. The pricing per kWh is different at each Supercharging location, but it is typically around $0.25 per kWh.

Per-minute Superchargers are less common than per-kWh chargers. Typically, you will only find per-minute chargers in states where there are regulations in place that prevent any entity besides a utility from selling electricity by the kWh.

Before in other to attract early adopters to buy cars from the company, Tesla gave customers lifetime free charging at it is a network of Superchargers. It even introduced a short-lived scheme to encourage viral purchasing by allowing Tesla owners to grant free Supercharging to a friend in 2018.

In 2017, the feature was tied to the Tesla owner’s account rather than the car so it could be transferred. When the Model 3 was introduced customers received non-transferable free Supercharging. Currently used Tesla does not come with free Supercharging.

How Do I Transfer Free Supercharging to New Owner?

Tesla occasionally offers Free Supercharging to incentivize the purchase of a new or used Tesla from its own site, it is unlikely to ever be transferable again in the future. Moreover, Tesla had stated that “Free Supercharging is not sustainable and does not incent optimal behavior.” 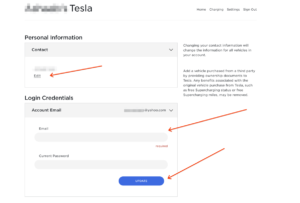 New Tesla Model S and Model X orders currently include “free Unlimited Supercharging.” However, the current promotion can not transfer to subsequent owners. So This means you can transfer free Supercharging to a new owner.

Tesla is also offering Free Supercharging on used 2016+ Model S/Model X vehicles with the disclaimer that “Free Unlimited Supercharging is available to the next buyer of this car but is not transferable to subsequent owners upon sale. Supercharger idle fees may still apply.”

We have thoroughly discussed Supercharging where we stated that if someone uses your referral link when ordering a new Tesla vehicle, you get 1000 miles and he also gets 1000 miles of free supercharging. The supercharged expires the 6 months that it was added to the account.

By know we all know that Supercharging terminated its referral program in 2021, initially Supercharging was transferrable but you can not now transfer Supercharging to a new owner. The only product that will now help owners gain rewards is the Solar Roof, which will provide the referer with $500 of credit.