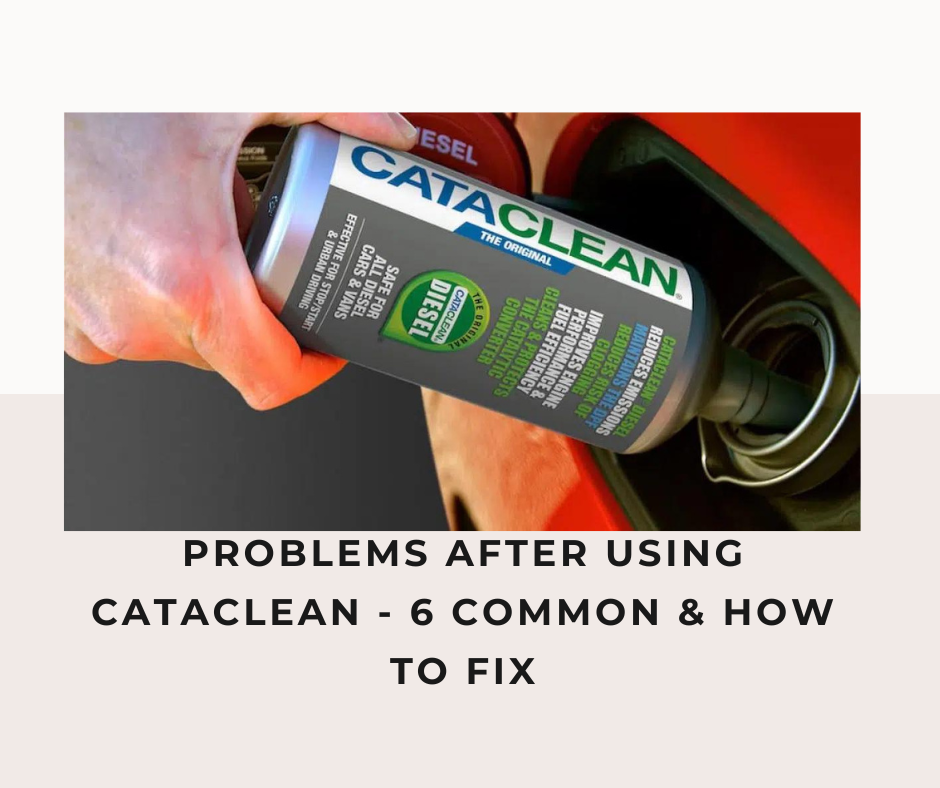 Some possible problems after using Cataclean products include white smoke and general poor engine performance. Cataclean consists of solvents and chemical components that aid to remove the clogging inside the catalytic converter.

They also clean the impurities that are available in the exhaust system. Cataclean product is not an alternative to the fuel in the tank, but it is an addition to diesel or petrol. So in this article, you will be reading information about the common problems associated with the usage of Cataclean. So for you to get the full information, you will need to read every bit of information here.

What is a Catalytic Converter

A catalytic converter is a device that reduces the amount of pollution emitted by a car engine. The converter is used on cars that have engines that run on gasoline or diesel fuel. 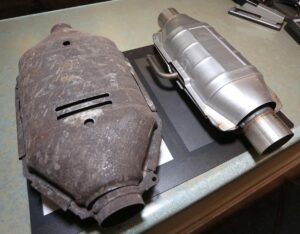 It contains ceramic honeycomb catalyst material coated with precious metals like platinum, palladium, and rhodium. When the catalyst material breaks down, it can no longer do its job and it may emit toxic levels of pollutants into the air.

Cataclean is beneficial for increasing fuel economy in automobiles that are useful for improving the powerful car’s engine performance. Despite the Cataclean being an excellent cleaner, it possesses some negative effects on the automotive parts after making use of it.

The top 6 common problems after using Cataclean include

In addition, making use of Cataclean on a full fuel tank will result in the efficiency of the vehicle is poor. And it also creates an inevitable engine system when you throttle yourself up in the system.

Why is Squeaking Noise While Driving but Not Brakes Applied

How to Use Cataclean

Cataclean is actually an engine and turbocharged cleaner for rotating machines, especially automobiles. It also eliminates the detrimental deposits in the vehicle’s internal combustion area with the highest proportion which is acetone. 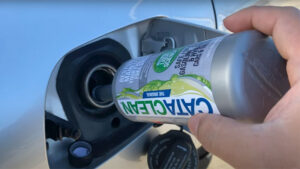 To use Cataclean, run your car until you have a quarter of a tank left which is approximately fifteen liters. You will remove the seal from the bottle fully so as to make sure none of the seals ends up in your fuel tank.

The next step to take is to undo your fuel filler cap and after that, you will need to pour in the whole bottle. After you have done the above process successfully, then you can now drive normally for at least fifteen minutes.

So the final step is for you to refuel the engine of the vehicle when you need to do so and leave it until the light comes on and that’s all. Done, that is all you need concerning how to use the Cataclean.

How Many Times Can I Use Cataclean

It should be made use of four times a year in the summer, autumn, winter, and springtime. Note that you can either use a catalytic cleaner 5 times or you use it for 4 times annually.

The seafoam catalytic converter cleaner can be used at least four times a year to avoid excessively carbon particles forming in your converter. You may consistently make use of the cleaners before it gets any worse.

In theory, your automobile can keep running when you replace its faulty catalytic converter as soon as you receive the spare part. In regards to Cataclean clearing out error codes, there is lots of anecdotal evidence that it may clear out your codes.

How Do You Tell if You Have a Clogged Catalytic Converter?

How Can You Tell if the Catalytic Converter is Clogged?

If the catalytic converter is clogged, then there will be dark exhaust smoke out of the vehicle pump. And the vehicle will bring out a sign of smelly sulfur or rotten eggs from the exhaust.

The sound or smell of a failing catalytic converter can be very hard to detect without any indication that something is wrong. The telltale sign is when your car begins to idle roughly or has difficulty accelerating. And if you smell rotten eggs, then you know that your car needs some major repairs as soon as possible!

In conclusion, the top 6 common problems after using Cataclean include white smoke from the exhaust system and unusual erosive catalytic converter. There is poor automotive efficiency, a bad performance impact on engine parts, and a car’s sound variable.

In addition, making use of Cataclean on a full fuel tank will result in the efficiency of the vehicle is poor. And it also creates an inevitable engine system when you throttle yourself up in the system.